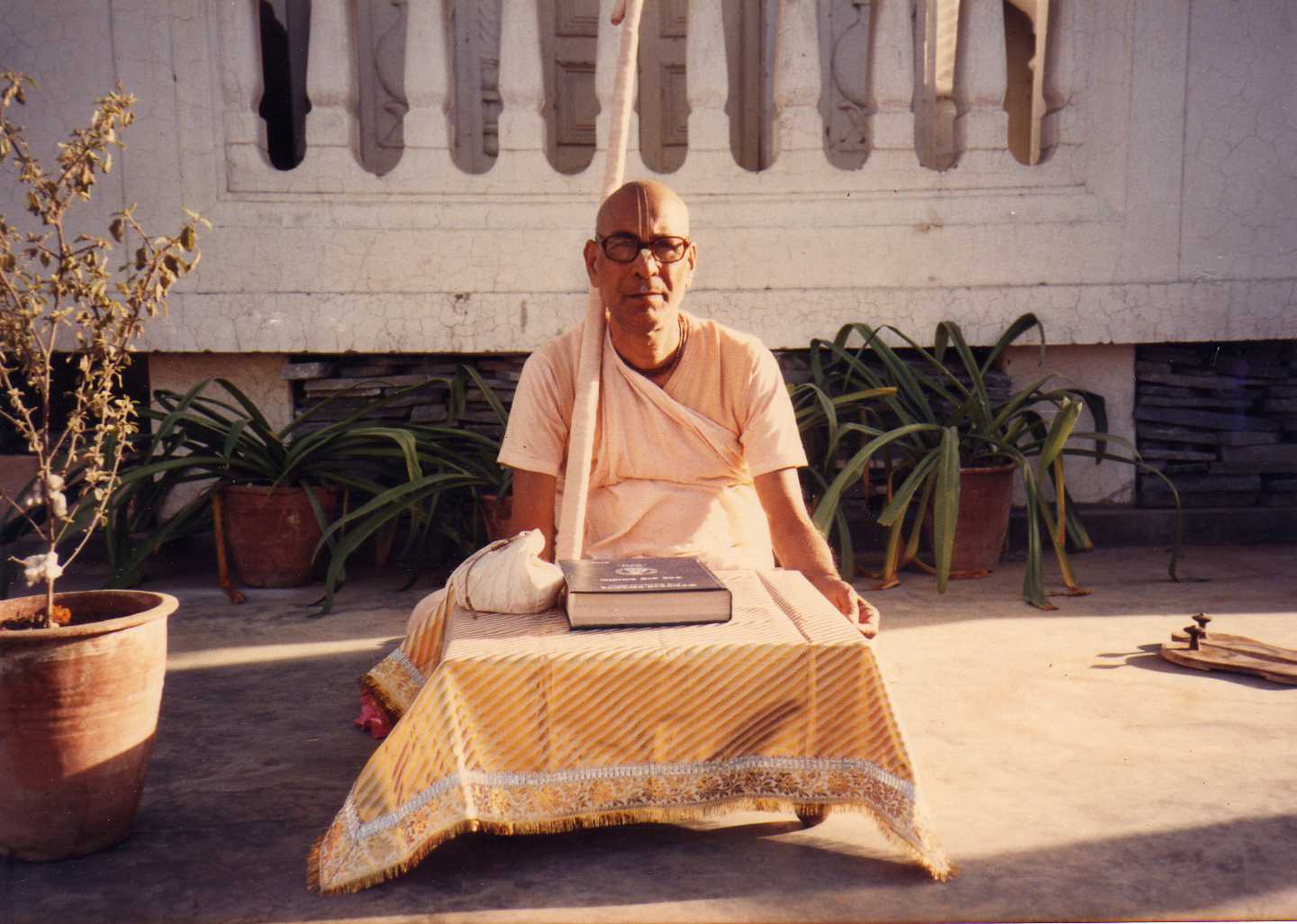 In the Gaudiya Vaisnava tradition of Sri Caitanya Mahaprabhu, Srila Bhaktivedanta Narayana Gosvami Maharaja has contributed to the world a global movement dedicated to pure bhakti-yoga through published writings and public lectures. He traveled all over India with his spiritual master Srila Bhakti Prajnana Kesava Gosvami Maharaja, halting at different places as a means to remind the people about their Vedic heritage and introduce them to the Gaudiya Vaisnava philosophy.

"By seeing whom the jiva-atma comes out of the unending loop of birth and death, by touching whose lotus feet three kinds of sufferings of the material existence namely adhyatmika, adhidaivika, and adhibhautika come to an end, by associating with whom one creates an infrangible attachment towards Vrajendra-Nandana Krishna, I offer my humble obeisances to such a great devotee."

Srila Narayana Gosvami Maharaja was such a great soul that masses of devotees from around the world traveled to take blessings from him. His spiritual master awarded him the title of Bhakta-Bandhava, which means "friend of the devotees," because he demonstrated continual dedication to serving the devotees of the Gaudiya Vaisnava community. He had high service integrity as he began to organize the annual Sri Vraja-Mandala parikrama, a parikrama during the holy Kartik month. He continued this service for five consecutive decades.

On request of his spiritual master, Srila Narayana Maharaja translated most of the prominent books of Srila Bhaktivinoda Thakura from Bengali into Hindi. By doing this, he helped many such seekers who were searching for proper guidance in spiritual advancement.

Wherever he went, people would just simply develop love for him. He would always see any visitors as his friends and used to think, "I must help them." He was concerned about their happiness, and he want to help them so that they would not get trapped in the cycle of birth and death again.

"After many births and deaths, he who is actually in knowledge surrenders unto Me, knowing Me to be the cause of all causes and all that is. Such a great soul is very rare."

It is very rare to find a great soul who can actually bridge us to our real home. But in any case, if anyone finds one, then he should ignore all other kinds of relations and hold his lotus feet instantly. Srila Narayana Gosvami Maharaja was such a soul who dedicated his entire life to executing his gurudeva’s instruction, and he especially helped the Hindi- and English-speaking devotees in their spiritual advancement. I pray that we all can get the association of such a mahajana and go back home, back to Godhead.