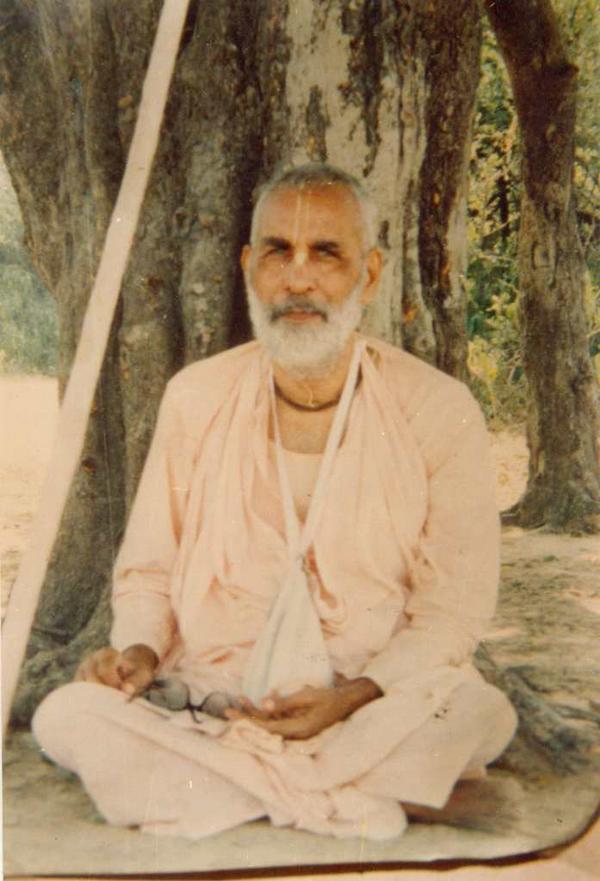 First of all, I offer my thousands of obeisances to the lotus feet of my most worshipful spiritual master, nitya-līlā-praviṣṭa oṁ viṣṇupāda aṣṭottara-śata Śrī Śrīmad Bhaktivedānta Nārāyaṇa Gosvāmī Mahārāja, on the occasion of his 100th Vyāsa-pūjā. I also offer praṇāma to the rūpānuga Vaiṣṇavas who are also worshipful, and who hold the position of being the śikṣā-gurus for the entire world.

Śrīla Gurudeva was the one-pointed devotee of Śrīmatī Rādhikā, and was fully absorbed in feelings of service and separation from Her. Such a devotee is worshipful even for great devotees like Lord Brahmā, Nārada Muni, the four Kumāras, Prahlāda Mahārāja, and other great mahajānas. Even Śrī Kṛṣṇa Himself respects the exclusive devotees of Śrīmatī Rādhikā.

“I meditate on the dust of Śrī Rādhā's feet, dust that even Brahma, Siva, Śukadeva, Nārada, Bhīṣma, and a host of great saints cannot see, dust that has limitless power, dust that at once transforms the Supreme Personality of Godhead into Śrī Rādhā's submissive servant.”

Śrīla Gurudeva showed the greatest example of how to do bhajana in this line, and encouraged everyone he met to also follow this path, according to their eligibility. I cannot think that the opportunity to see, serve and hear from such an exalted personality came from any previous sukṛti; rather, it was his causeless mercy upon me.

His mercy, in the form of his devotional sentiments, is still present in this world in the form of his true followers, who may also be mahā-bhāgavatas, through his mercy. I feel it would be beneficial for all of his followers to deeply ponder this point, and examine ourselves, and consider whether or not we are placing ourselves in a position to attain that mercy, by situating ourselves in such pure association. Many of us are actually disobeying him by disregarding his constant instruction to us to always remain under guidance of the superior vaisnavas.

Only a mahā-bhāgavata can properly understand and explain the instructions and moods of another mahā-bhāgavata. If the śikṣā-guru is not in a similar position to the dīkṣā-guru, then they will be unable to offer sufficient guidance to their followers. Confusion and misunderstanding will follow. Gurudeva explained this constantly, both in India, and in his world preaching tours, and by his mercy dispelled the cloud of darkness which had overcome many practicing devotees. We should follow Gurudeva's instructions and not fall into the same trap of independence that he constantly preached against.

“Even a very intelligent man cannot understand the activities of a pure Vaiṣṇava.” The language and internal sentiments of a Vaiṣṇava are not accessible to ordinary mundane people.”

Srila Gurudeva’s katha was a shower of nectar, and attracted all non-duplicitous souls towards him. He offered their devotion fully to his own Guru, and the guru-paramparā in a pure and unadulterated manner. He was not taking some commission of the devotees’ affection for himself.

“Scriptures unanimously proclaim śrī guru to be sākṣāt-hari, directly Śrī Hari. This is a fact jointly corroborated by all saintly persons. Yet at the same time, śrī guru is very dear to Bhagavān. I adore the lotus feet of that śrī gurudeva [who is inconceivably one with and different from Bhagavān]”.

“When will my master, Śrī Lokanātha Gosvāmī, take me with him and offer me at Śrī Rūpa's lotus feet?”

I offer this glorification to Śrī Śrīmad Bhaktivedānta Nārāyaṇa Gosvāmī Mahārāja. May he always keep me near his lotus feet. 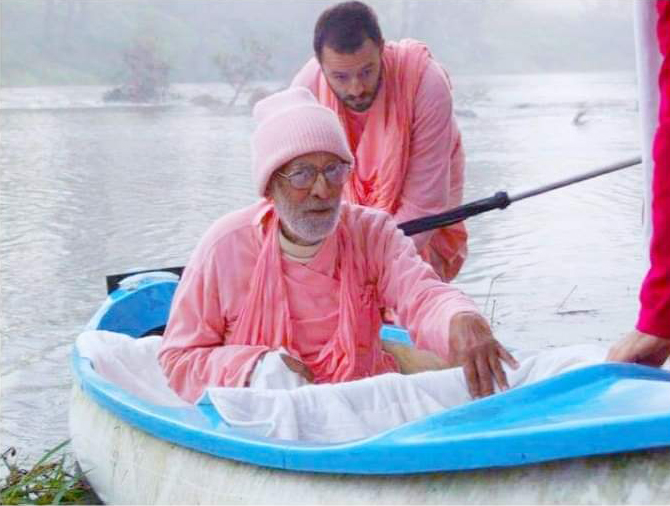