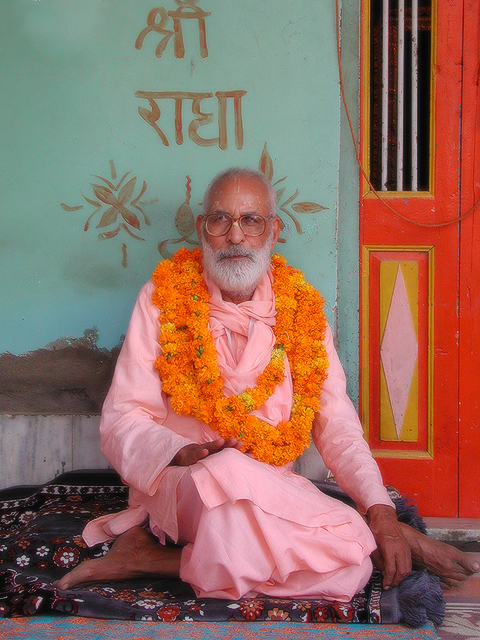 I am utterly void of devotion or knowledge of devotion. I am lost in a cesspool of ignorance and have not a hint of any means of escape. I think myself perfect and supreme due to the all-pervasive false-ego, but am without support or mercy and in such a condition can only offer lip-service to this centennial day of remembrance.

Sarvabhauma Bhattacharya, the scholar of Puri who was laid waste by the didactic of prema-bhakti ensuing from the lotus-like lips of the effulgent golden lord from Navadvipa, said in his state of subsequent ecstasy ‘prithivite rasika bhakta nahi tanra sama,' which is to say, "There is no one who can compare with you in the knowledge of transcendental mellows." Panditya ara bhakti rasa. "You are a most learned scholar as well as an expert in devotional mellows. And yet you are resplendent with humility and meekness which is certainly signature to your towering glory."

The fortune that came to the eager and curious souls who seemed to almost flaunt their previous situations after tuning in to the prema-saturated words that were like currents of nectar for ears that had no doubt tasted before from the great ocean of bhakti-gyan but were still, nonetheless, hankering for a resurgence.

Bhagyavan...ati-bhagyavan. So fortunate and really in a precursory analysis, so few, which would always seem to be the case when there is no official protocol of welcome when your preaching initiative first hit western soil.

But na ca tasmān manuṣyeṣu - that transcendental touring was so endearing not just to the recipients but to the Lord himself. By dint of the love of the Lord, sādhavo hṛdayaṁ mahyaṁ. Your endeavors were bound for success with the gopi-like hearts of this downtrodden world. tava kathāmṛtaṁ tapta-jīvanaṁ kavibhir īḍitaṁ kalmaṣāpaham. Like bees buzzing around a hive filled with honey or cats crowding a plate of milk, your devotees would taste and not leave for anything or anyone. They would fly anywhere on a whim if it meant being in the sanga of hari-kathamrita, like the midnight adventures of young girls in Vraja who ventured out of home and beyond authority to be with someone they loved. 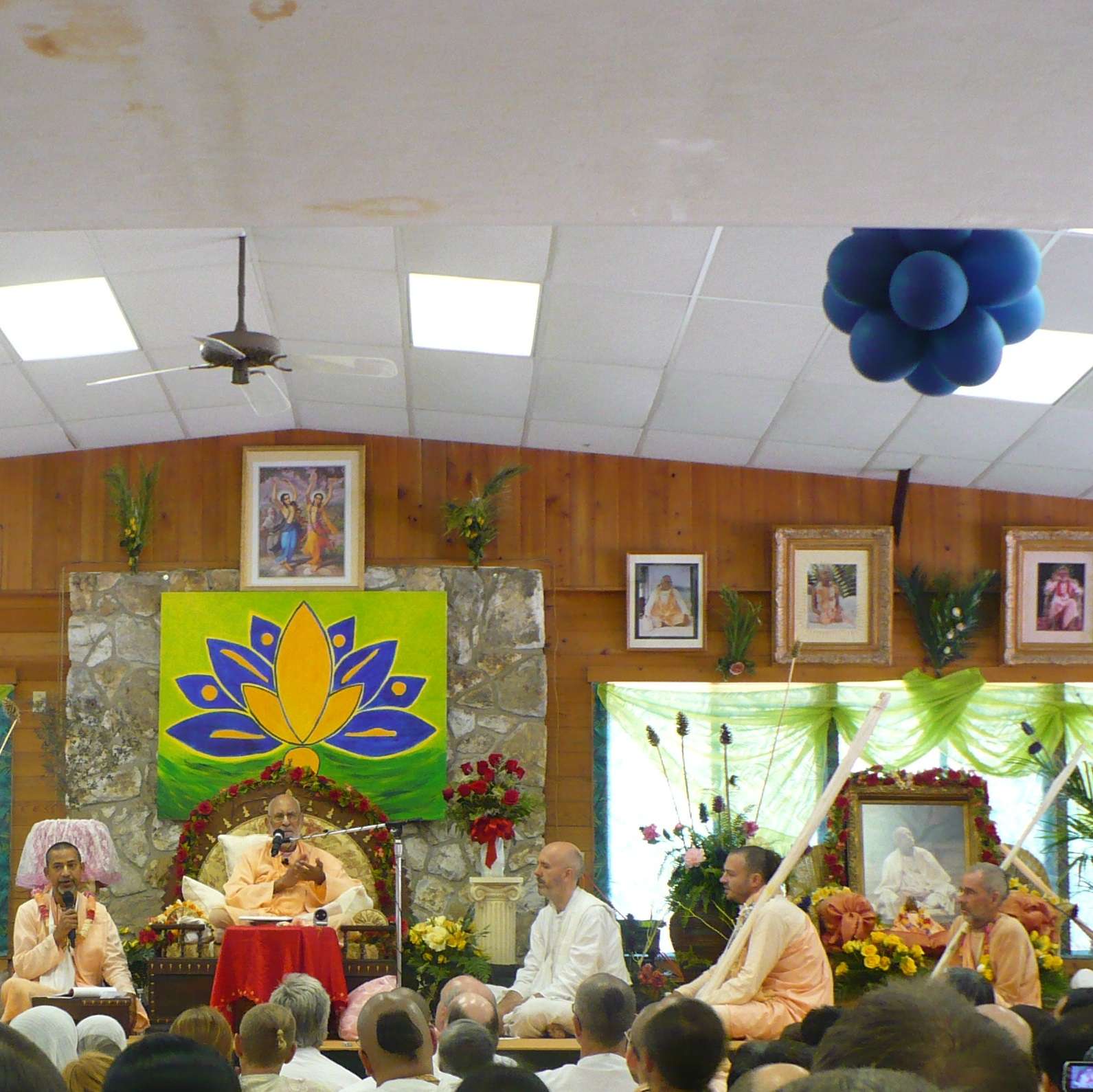 So it was and so it all came to be for what seemed like eternity. But now, being bereft and broken-hearted, we are identifying with those cowherd maidens who cried when they lost their truly beloved. Cry, cry, cry. What is harikatha without a tear, without a sob - and without a song? Sarvabhauma’s guitar, Oz’s Krishnapremi who first sang the separation melody or ‘Australian tune,’ Krishna-vallabha’s voice, Sudevi and Kishori Mohan’s tributes, Narahari’s tunes, that bloke from Oz’s song, the sweet bhajans of the New Braj girls, the rockin’ Kulasekhara, the School of Braj, and on and on. Those were the days of bliss now gone, and how are we to go on?

Books. Books are the treasure chest of bhakti in the absence of the bhakta. Read, read, and read more. It is not a book. It is the author’s ecstasy and bhava. Words from another world. Can they ever fail to keep the light burning in the heart of one committed to serve? Never.

Regular attendance in the classes of Srimad Bhagavatam. Bhagavat is Krishna. Krishna is there in sound. The sound of transcendence preserved in written word for the pleasure of the souls languishing in this world of matter.

Chanting harinama. Taking to heart the instructions to always chant. Be focused on the prescribed formula for the removal of all anarthas and simultaneously that manifestation of rati, bhava in the heart - daily, weekly, monthly, yearly until time has gone and we are at the point of departure for our next destination.

Sri Murti seva. Taking the arcana-paddhati into your temple and applying all kinds of mantras and offerings in the service of your ista-deva.

And last but not least sadhu-sanga. Whoever was loved by the sadhu and honored should be supported and honored. For those who carried the burden happily in the service of paramount vaisnavas, we should honor and serve as told by Sri Rupa Gosvami in his Upadesamrta verse five: śuśrūṣayā bhajana-vijñam ananyam anya-nindādi-śūnya-hṛdam īpsita-saṅga-labdhyā. If their hearts are clean and pure, then go to them and especially if they can speak sweet kathamrta.

And last but not at all least, take what you have learned and gleaned from such association and katha and give it out to the fallen souls of the world. So much has been published and so much may be lying in cold storage, but it needs be distributed by the devotees of the lord to eradicate the falsity of the world and the myre of illusion. Like Nitai and Haridas, on the order of the lord Sri Caitanya, whenever and wherever put the book into someone’s hand. Let them read. And if the time is right, then that book will become catalyst to saving another soul from rotting eternally in the pit of maya.