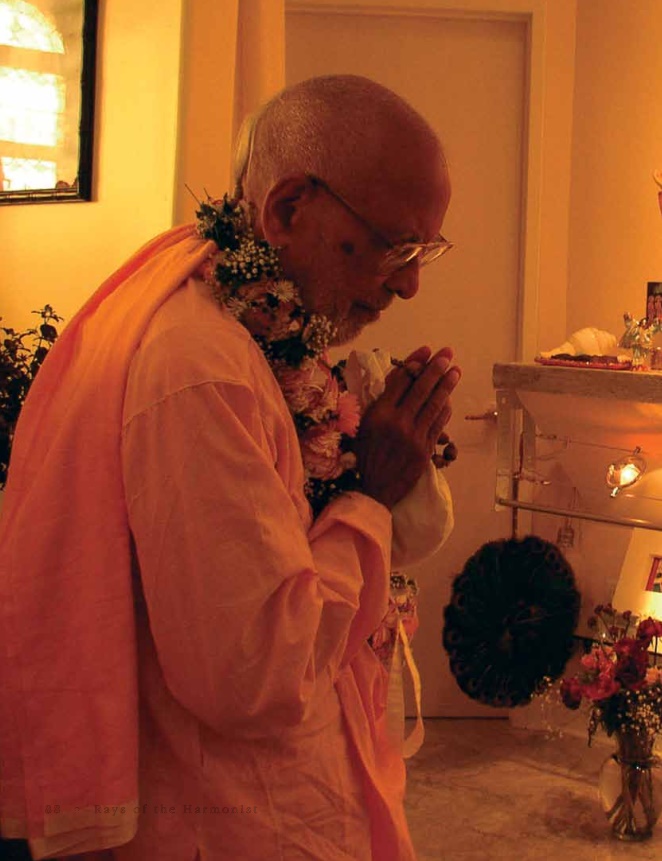 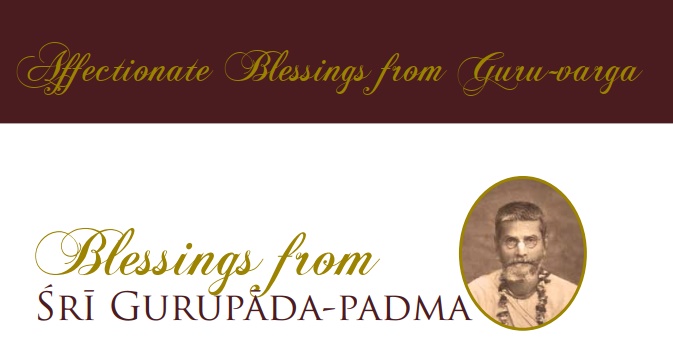 [In the closing words to his introduction to the Hindi edition of Jaiva-dharma, oṁ viṣṇupāda Śrī Śrīmad Bhakti Prajñāna Keśava Gosvāmī Maharāja wrote the following:]

The original Jaiva-dharma was written in Bengali, but the book uses Sanskrit extensively, for it contains many quotations from śāstra. In a very short time at least twelve large editions of this book have already been published in Bengali, which shows how popular it is. This present Hindi edition of Jaiva-dharma has been printed according to the system used for the most recent Bengali edition of Jaiva-dharma, published in a new format by the Gauḍīya Vedānta Samiti. Tridaṇḍi-svāmī Śrī Śrīmad Bhaktivedānta Nārāyaṇa Mahārāja, the highly competent editor of the Hindi monthly spiritual magazine Śrī Bhāgavata Patrikā, took great pains to translate this book into Hindi, and published it in the magazine in a series of articles spanning a period of six years. At the repeated request of many faithful readers, he has now published these articles in book form for the benefit of the Hindi-speaking religious populace.

In this connection, I feel compelled to note that our highly distinguished translator’s mother-tongue is Hindi, and he learned Bengali in order to study this book. After thoroughly mastering both the language and the subject matter, he accepted the difficulty and substantial labor of translating it into Hindi. I am very pleased at heart that he has expertly preserved the rigorous philosophy, the deeply profound analysis of rasa, and the lofty and subtle moods of the original book. The Hindi-speaking world will remain indebted to him for this monumental work. In particular, Śrīla Prabhupāda and Śrīla Bhaktivinoda Ṭhākura will definitely bestow great mercy on him for his tireless service.

Above all, I must say that it is only because the sādhakas who were involved in the production of this book hold me in some esteem that my name has been used in connection with the editing of this book. In reality, it is the translator and publisher, tridaṇḍi-svāmī Śrī Śrīmad Bhaktivedānta Nārāyaṇa Mahārāja, who has done all the editing work, and who is thus the object of my special affection and blessings.

I have complete faith that by studying this book, both the faithful public and the learned scholars of this country will gain knowledge of the fundamental truths of sambandha, abhidheya and prayojana, which were practised and preached by Śrī Caitanya Mahāprabhu. By so doing, they will become eligible to enter the prema-dharma of Śrī Śrī Rādhā-Kṛṣṇa and Śrī Caitanya Mahāprabhu. In conclusion, I pray that the readers will bestow profuse blessings upon us by reading this book very carefully.

I received your letter, dated 20.9.66 on time. Our relationship is certainly based on spontaneous love. That is why there is no chance of us forgetting one another. By the mercy of guru and Gaurāṅga may everything be auspicious for you. This is my constant prayer. From the first time I saw you I have been your constant well-wisher. At his first sight of me Śrīla Prabhupāda also saw me with such love. It was in my very first darśana of Śrīla Prabhupāda that I learned how to love. It is his boundless mercy that he has engaged an unworthy person like me, in fulfilling some of his desires. It is his causeless mercy to engage me in preaching the message of Śrī Rūpa and Śrī Raghunātha.

My room is locked in Delhi. If you or any of your faithful preachers want to preach in Delhi, let me know. If you want to work in Delhi, you can use that room and preach. If you continue going to Delhi, then my publication work can be taken care of, under your observation.

You wrote to me, “You can engage me in any preaching work in India according to by ability. I shall always be ready to do so.” So I can preach whole-heartedly by your good wishes.

All glories to Śrī Guru & Gaurāṅga

I was a staunch gṛhamedī [one whose thoughts are absorbed in household affairs]. Śrīla Prabhupāda used to come to me in dreams from time to time and call me to renounce family life and come along with him. The dreams would frighten me and make me think that I would have to accept sannyāsa. I didn’t have any desire to take sannyāsa. But upon the repeated insistence of Śrīpāda Nārāyaṇa Mahārāja, Śrīla Keśava Mahārāja bestowed boundless mercy upon this unwilling and blind person, by forcibly giving me sannyāsa. It seems that this desire of Śrīla Prabhupāda’s was transmitted into his heart, and it was thus that my sannyāsa was accomplished. õ

After his disappearance from this manifest world, Śrīla Bhaktisiddhānta Sarasvatī Ṭhākura Prabhupāda appeared to Śrī Rādhā-ramaṇa Brahmacārī in a dream and ordered him to accept the renounced order and preach the teachings of Śrī Caitanya Mahāprabhu widely. Thus, in 1942, Śrī Rādhā-ramaṇa Brahmacārī accepted sannyāsa from Śrīla Bhakti Gaurava Vaikhānas Mahārāja in Remuṇā, Orissa. Later he founded Śrī Caitanya Āśrama, which has several branches in India.

I became extremely happy upon receiving your letter and learning that you are again going abroad to preach. Your śrī gurudeva, my elder Godbrother [Śrī Śrīla Bhakti Prajñāna Keśava Gosvāmī Mahārāja] was especially affectionate to me. You are enhancing the splendour of the institution founded by him, as well as of the entire Gauḍīya world. This is a cause of immense joy. I am praying that Śrī Śrī Guru-Gaurāṅga bestow upon you profuse potency for this great preaching work. Knowing that you will visit at my place after you return from your preaching brings me profound happiness. At that time I will speak to you directly and also hear from you. I am going to Purī on December 23rd. On the January 26th I will be in Khaḍagapur, and from there I will return to the Calcutta Maṭha on the 30th of January. Please take my blessings and give them to all. What more should I write?

Object of my affection, Nārāyaṇa Mahāraja!

Receiving your letter of January 10th, 2000, I was extremely pleased. Ample preaching is going on, and knowing that makes me even more happy. You have remembered me even in the midst of so much engagement; therefore, I am praying to Śrī Śrī Guru-Gaurāṅga that they will transmit even more śakti into you for the preaching of hari-kathā. Some obstacles will come in the performance of virtuous acts, but you should not worry for them and continue your preaching service fearlessly. If, in every respect, we can preach the kathā of Śrīla Prabhupāda along with practising it, then our lives will be successful. What else to write? Please accept my blessings and pass them on to all.

With much affection for my dear Nārāyaṇa Mahārāja:

I am wishing for your eternal well-being.

I became extremely pleased to receive your letter from far-off England. You have śraddhā in me; therefore, even in such a far-away place, you remembered me and wrote me a letter. The kṛpa-śakti (mercy potency) of Śrīla Bhaktisiddhānta Ṭhākura Prabhupāda and of your gurudeva, Śrīla Bhakti Prajñāna Keśava Gosvāmī Mahārāja, has been profusely transmitted to you; there is not even a scent of doubt about this. This is obvious from seeing the way large numbers of people outside of India are becoming attracted by your hari-kathā. The way they are following you as well as assembling wherever you go is not ordinary.

I have crossed my eighty-seventh year and am now eighty-eight years old. Due to my advanced age, I cannot move about as I used to. It is greatly inspiring to witness how you are preaching the message of Śrīla Prabhupāda. May your success ever increase – this is my heartfelt prayer at the lotus feet of Śrīla Prabhupāda.

Accept my affection and blessings and give them to the others as well. What else should I write?

Abode of my affection, Nārāyaṇa Mahārāja!

I was greatly pleased upon receiving your letter from the remote island of Hawaii. Having slipped and fallen, I have been bedridden for many days due to the bones in my back being broken. What’s more, a few days after that, I lost my balance and broke bones in two more places. After being admitted in hospital for some days, now I am back in the maṭha. My walking and strolling have been completely stopped.

In this situation, I received a letter from you, written in such a way that it leaves me speechless. You have śraddhā in me. You have said, “By keeping you on the path of my remembrance, I have attained success in my preaching, and by informing you of this I have become very peaceful.” I consider this to be the manifestation of the boundless compassion of my śrī gurudeva upon me. Knowing this I became extremely happy. The unlimited mercy of Śrī Śrī Guru-Gaurāṅga as well as the mercy of your śrī gurudeva is certainly upon you. There is no doubt in this regard. May the supremely merciful Śrīla Prabhupāda bestow even more śakti upon you, so that you are crowned with success in progressively preaching the message of Śrīman Mahāprabhu throughout the entire earth. Many obstacles will come, but overlooking them, you should continue with your task.

Ninety years of my life is now complete. Because of old age, I am in a feeble condition. Even still, upon hearing the news of your success in preaching, I am experiencing great pleasure. Please accept my blessings and give them to all those who are preaching with you. What else should I write?